The actuality of Kim Jong Uns font „Socialism is a science“

When comrade Kim Jong Il wrote his paper ”Socialism is a Science” 25 years ago, he did so against the background of the dramatic collapse of the Eastern Bloc about 30 years ago. A ”great reformer” in the Soviet Union had promised at that time to make socialism more attractive by copying the western capitalism. Years later he wrote in his memoirs, that he had actually always been a Social Democrat. Kim Jong Il proved historical farsightedness at that time and stated: ”The traitors to socialism claim that its ideal itself is wrong, and try to plead for their vile renegade. The truth, however, can neither be camouflaged nor strangled. The collapse of socialism in many countries is not the defeat of socialism as a science, but the bankruptcy of opportunism that degenerated this doctrine.” (Socialism is a science, page 1)

In our days we are also experiencing a historical turning point: the social democratic parties in Europe are almost everywhere in an existential crisis, in Germany and France, for example, traditional former popular and mass parties have degenerated into splinter parties, threatening to disappear from the parliaments and sink into insignificance. In its efforts to pay homage to the neoliberal zeitgeist, the German SPD even wanted to remove the word ”justice” from its programme. These parties have long since ceased to represent the interests of the masses. They have gambled away all trust. It is the final and total bankruptcy of revisionism.

And yet it is becoming clear, especially in our day, that the gap between rich and poor is widening all the time; a handful of people now own as much as half of humanity. Comrade Kim Jong Il had warned in his paper ”Socialism is a science“ against ”unscientific illusions” (page 5) regarding capitalism, which is driven by the ”unrestricted greed of a small cluster of capitalists” (page 2). Instead of taking the side of the oppressed and exploited, the revisionists spread illusions about the ”good will” (page 5) of the exploiters and at the same time propagate cooperation with them. At the same time, Kim Jong Il also recognized the limitations of Marxist-Leninist theory and the resulting need to ”put socialism on a new scientific footing. (page 9) This task to ”raise socialism to a new scientific foundation was excellently solved by the fact that the great leader comrade Kim Il Sung founded the Juche idea” and recognized the realization of sovereignty on all levels as a central task of our epoch.

At present, the social democratic and communist parties are ideologically often confused – by the bankruptcy of the revisionism that has dominated so far – and there is no clear vision of the future course. Socialism must first be built within a national framework, taking into account the specific characteristics of each country. We must take the side of the oppressed and take a clear stand. Furthermore, the issue of national sovereignty must be given the attention it deserves. This also means a different way of dealing with the national issue. If this is not done, parties from the right-wing reactionary spectrum will soon fill the vacuum created by the collapse of the revisionists in many European states. 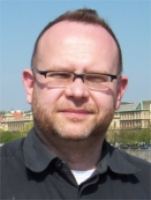